This is the Sound of Sugar Town 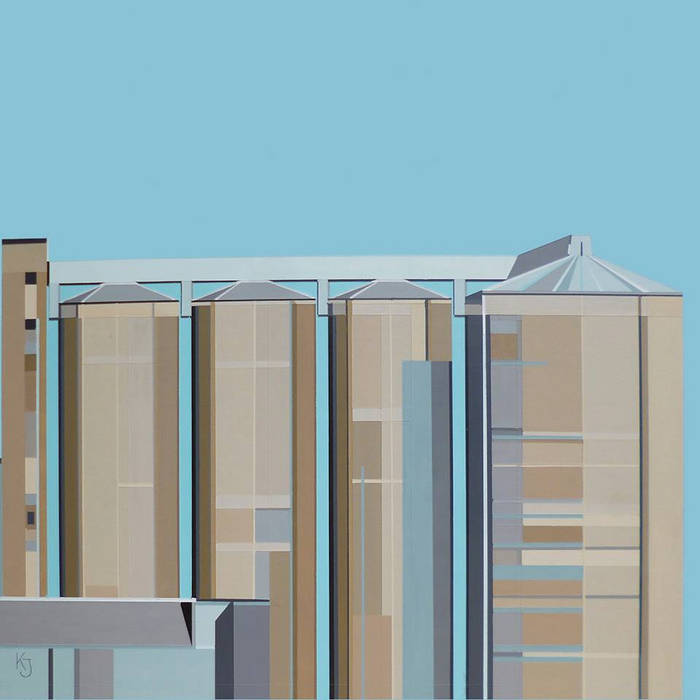 This is the sound of Sugar Town: Twelve Tasty Treats from Bury St Edmunds, Rock City

Beautiful and limited, this very limited edition record may end up along with the sugar beet factory as being synonymous with Bury St Edmunds. And just as sweet! It includes a full colour sleeve (featuring an iconic painting by local artist by Kate Jackson) and insert, plus download code.

The album features new tracks from many of the bands from Bury's thriving underground music scene, based around the City's eclectic, inclusive and rather wonderful Washing Machine Club. Who would have thought a town of 35,000 could produce such vibrant and diverse quality?

Bands featured:
Horse Party, Rats as Big as Dogs, Voter Kernel, The Few, The Machismo's, Pale Fires, Scare The Normals, The Vitamins, Tryal of Witches, Cathedrals and Cars, Fortunato and Eleanor Lou.
All profits to be donated to Bury St Edmunds Women's Refuge.

This release is part of Independent Label Week
www.independentlabelweek.co.uk


They say you should dance like no-one's watching.  In Bury St Edmunds no-one was watching, so we danced.  Spurred on by bloody-minded DIY forebears who took a whole heap of nothing and spun it into gold - Tony Wilson in Manchester, Liverpool's Zoo Records, Alan McGee with Creation, Riot Grrrl - Bury's music scene grew from a shrug at the World's indifference to a fully-fledged movement as band after band tumbled forth from the rural wilderness, borne aloft on a wave of new-found civic pride.  We'd always wanted it, but didn't know what "it" was.  Suddenly we knew, and we were fucking well having it.

Bury St Edmunds is hardly unique.  Head to Gloucester or Cambridge or Canterbury and you'll find the exact same landmarks and chain stores and self-serving councillors, in a slightly different order and with slightly different wigs.  We don't know why this happened here.  Perhaps it was our industry: The town's biggest employers are the Greene King brewery and the Silver Spoon sugar beet factory.  From the moment we're born, the children of Bury St Edmunds are treated to daily lungfuls of gaseous by-product from the production of beer and sugar; we effectively grow up inhaling Jäger bombs.  Or maybe the stars aligned and the planets vibrated in exactly the right order to make everyone collectively outgrow boredom and frustration and realise that sometimes to get people off their arses you have to burn the bastard sofa.

All we know for sure is: Right now, THIS IS HAPPENING.  The twelve arrrrrtiiiiiistes featured here are a snapshot of the scene, but there's more; this isn't the tip of the iceberg, just the section we chipped off for your soggy amusement.  And the best thing is, it could happen in your town.  No matter how isolated you may feel, you can bet your bottom that there are other people nearby who are every bit as bored of boredom as you are.  All you need to do is will the idea to life, ride out the apathy, make people see how much better things could be if fun stuff happened.  So don't wait.  Seize the moment.  Be the difference. And never, ever, ever let anything stand in your way.