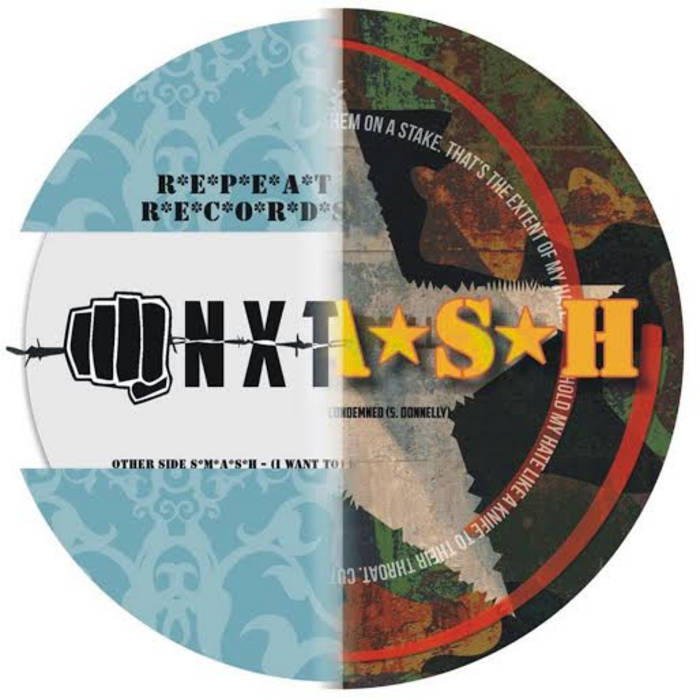 20 Years ago, a punk rock trio from Welwyn Garden City called S*M*A*S*H smuggled a song about killing the hated, corrupt and discredited Tory government into the top 30 of the hit parade. Their righteous anger struck a chord right across the country, as they played to packed venues across 'the toilets' of Britain before appearing at the massive Anti Nazi League Carnival of 1994 on a float with Billy Bragg, and even went on to perform on Top of the Pops.

Fast forward 2 decades and we have another detested, unrepresentative government of the rich for the rich, and the sense of bottled up, unrepresented, unexpressed anger and frustration is as vehement as ever. To help give this potent force a voice, S*M*A*S*H have re-recorded their anthem and show no signs of mellowing with age – the guitars are, if anything, even more strident and urgent than they were in 1994, while the barbed lyrics still bristle with incandescent, righteous anger, and have been rewritten to suit the current condemned government :
“David Cameron and the other one / Boris Johnson, Teresa May
Denis McShane expenses claim / Milliband Milliband
Jeremy Hunt rhyming slang

I want to kill somebody
Right now!”

As if to prove that this feeling is shared by the nation’s youth, S*M*A*S*H are joined on this single by a devastating track by Loughborough rapper and binman NxtGen. Eschewing the clichéd hip-hop subject matter of babes, booty and bling, NxtGen has also set his sights on the rich and powerful. His notorious Andrew Lansley Rap made him a viral hit on Twitter and Youtube (with over 580,000 views of the video) and he has since laid into The Bedroom Tax, The Cuts and David Cameron's cabinet of millionaires.

'CONDEMned' manages to combine these targets in one magnificent poetic rant of rage, showcasing breakneck verbal gymnastics married to knowledge and wit, all accompanied by an understated laid back piano sample. “Life tasted sour since they came to power / But the truth I say is louder, I'll say it louder til I'm up the tower”.

While NxtGen maybe half the age of his label mates, they are clearly contemporaries in their disgust at the present government, and their burning desire to do something about it. As NxtGen puts it,"To be found you gotta be loud and have a different sound, step out from the crowd, just rise from the underground!" With this release R*E*P*E*A*T Records hopes to help to raise rebel music loud and proud from the underground; any profits will be given to Love Music Hate Racism, an organisation that uses the power of music to combat the divisive racism which those in power love to use to help keep us weak.


The Tory Baiting single will be available from good record shops, by mail order from the R*E*P*E*A*T website and by download from March 24th