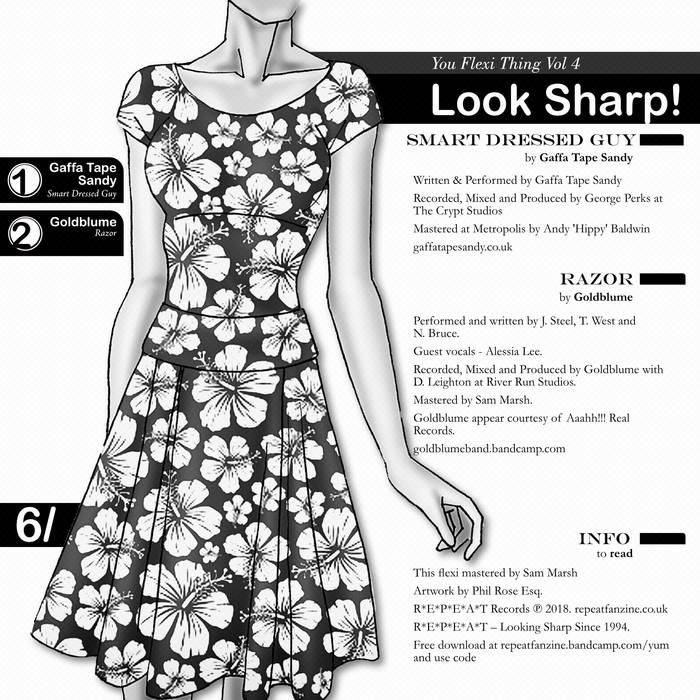 R*E*P*E*A*T Records is very proud to announce the next in its series of Flexi Things. Previous records have been favourites of Record Store Day Fanatics, introducing them to bouncing new bands at a bargain price. Featuring the likes of The Baby Seals and Deep City, they have also been admired by reviewers home and away, and played on national radio.

It will be released exclusively for Record Store Day on April 21st on Republican red flexi vinyl (with free download) and will be limited to 250 copies. It will be available from participating indie record stores, with remaining copies available from the R*E*P*E*A*T Bandcamp repeatfanzine.bandcamp.com and from the bands at gigs.

“Exquisitely brash garage rock from Bury St Edmunds!” -Glastonbury Festival.
“Sonics-style garage with a touch of early Kinks and Who and healthy chunks of grunge, punk, hardcore and just about all of the great guitar music of the electric era. This is truly life-affirming stuff.” (B Side Music).

This is the first vinyl release for ‘Smart Dressed Guy, described by Exploding Head Syndrome as a “mashup of styles and tempo, harmonies, melodies and the high energy guitar riffs that get your best friend knocked out.”

“Goldblume blew away this reviewer and the rest of the audience. The guitar, bass and drum musical interplay is razor-sharp and the vocals from Jethro Steel constantly surprise… one of the hottest live bands in Cambridge” Cambridge Music Reviews

“A talent for performance, dischord and the random factor” R*E*P*E*A*T fanzine

“Razor” is an exclusive version of a track from Goldblume’s forthcoming as yet untitled debut album, available in the autumn.