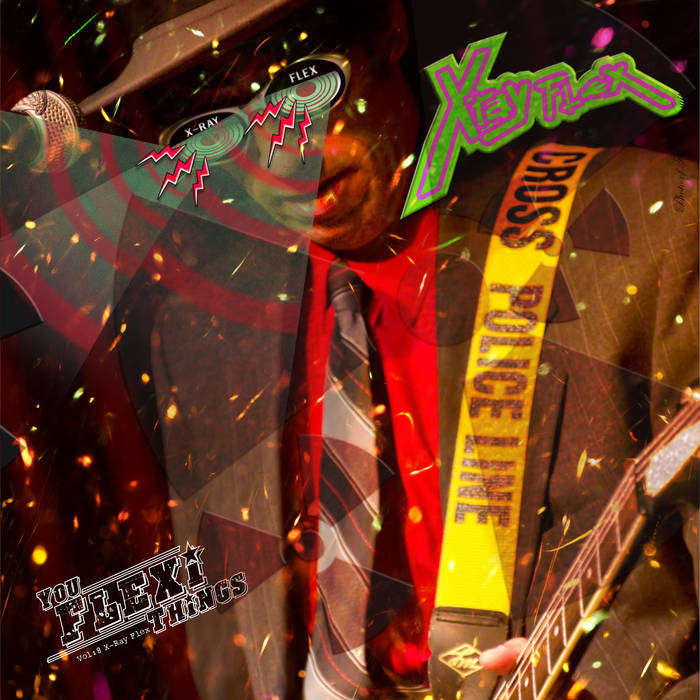 R*E*P*E*A*T Records continues in its quest to bash back at Boris and the bigots one bit of bendy vinyl at a time, with the release of You Flexi Thing Vol 8.

On its flexible white groov(ie)s you can hear

The Darling Buds : Jump In
Newport indie legends hint at the brilliance of their almost imminent new album, Jump In is an instant Buds ear worm which will delight their fans around the world.
twitter.com/theedarlingbuds

The Monoliths : Fuck Oasis
The Monoliths are a teenage psychedelic punk-prog 4-piece band from a Cambridge school, with an ear for unexpectedly massive sounds and a healthy disrespect for their elders and lessers. More likely to receive abuse from Liam and Noel than radio play.
www.instagram.com/themonoliths/

The Verdicts : You Believe
Adrenaline fuelled teen band from Colchester whose crazily catchy punk barbs are deftly aimed at Boris Johnson and anyone else who spreads 'the lies you read in The Sun'.
www.instagram.com/theverdictsband/

In Side:
The Darling Buds : Jump In
Written by Lewis-Jarvis, Corten, Watkins, Stams, Gray.
Recorded at Junkyard Studio, engineered and produced by James Young and Richard Jackson
Twitter @theedarlingbuds