by The Baby Seals / Beverley Kills 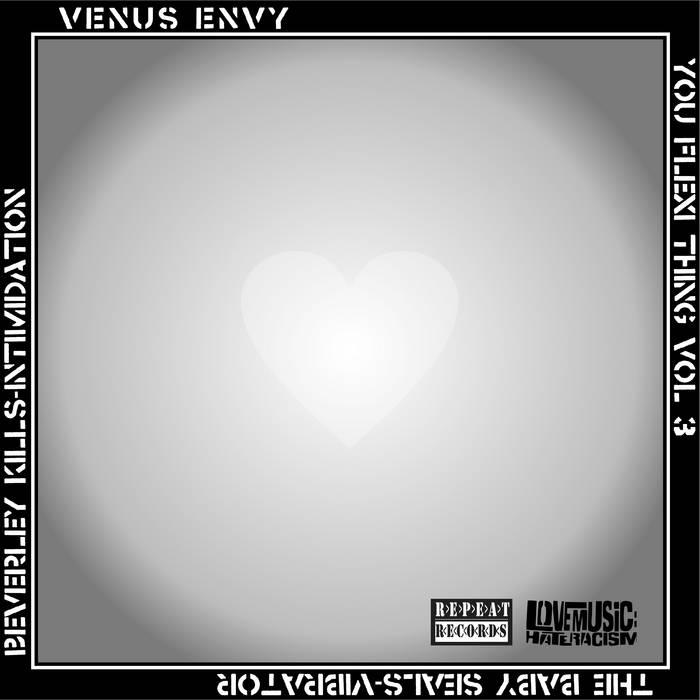 R*E*P*E*A*T's You Flexi Thing Volume 3 is a Grrl Powered bendy orange slab of punk rock energy, harmonies and attitude. Featuring two of the best all female bands in the country, it reflects a new combative mood - we're not going to shut up and sit down any more!

Their notoriety as a great live act has led to them sharing stages with the likes of The Districts (US), Petrol Girls(CZ), Milk Teeth (UK), Round Eye (China), Acid Tongue (US) and PINS (UK).

"The Baby Seals are a smart, talented group of girls who know how to shout back against oppressive patriarchal values – and have a shit load of fun at the same time." (Gigslutz).

"What makes [the baby seals] special is the voice it gives to women and, aside from the bigger issues, the day to day aspects of their lives. Stick it on, laugh and enjoy." Punktastic

Formed in the summer of 2008, Beverley Kills launched their all-girl punk-rock attack shortly after their first jam and have never looked back. The band have played all over the country, sharing bills with acts such as The Slits [who dubbed them, “Best support of the tour”], GBH [whose bassist Ross Lomas purred, "You might be our new favourite band"], China Drum, Deadcuts, Grant Hart (RIP), Snuff and The Primitives. With plays and interviews on the BBC and independent radio stations behind them, and a frantic live show, the grrrls of Beverley Kills fully intend to continue blazing their own punk rock trail.

Guitarist Kate says of the new track “Well, the song is about witnessing the behaviour of someone who constantly tries to intimidate those close to them and those that live around them. It’s a true story about that, and seeing them get their comeuppance.”

“ … Great all-girl punky power-pop, sorta like the Muffs or the Fastbacks with a more aggressive vocalist and a dirtier guitar sound …” XFM

2. Written by Beverley Kills
Recorded, mixed and mastered by Danny B at HVR Recording Studio
facebook.com/BeverleyKills